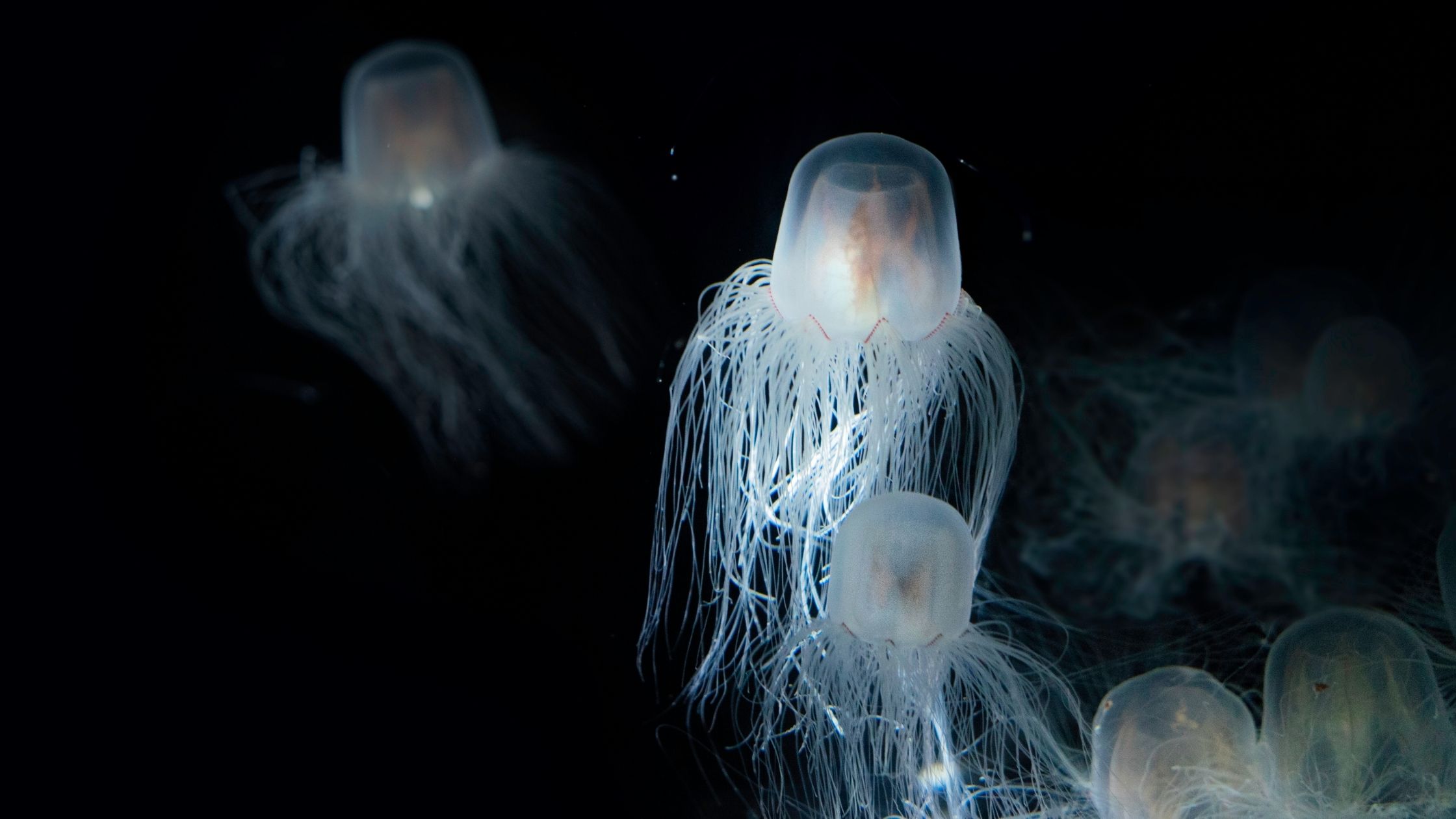 For thousands of years humans have sought immortality, while quietly, deep on the seafloor, an inconspicuous, dime-sized jellyfish may have held the secret all along.

Turritopsis dohrnii, popularly known as the immortal jellyfish, was first documented in the Mediterranean in the 1880s. But another 100 years passed before people began to realize that there was something truly miraculous about this tiny, translucent creature. The discovery took place in the 1980s, once more in the Mediterranean, off the coast of Italy, when samples were collected for a study on hydrozoans. Hydrozoans are small invertebrates that have two life stages – a polyp form that looks like a soft coral, and a mature medusa or jellyfish form. The samples collected were polyps and as expected researchers watched them produce medusae in the laboratory. But then something extraordinary happened. Some of the medusae appeared to age in reverse, returning to their polyp form. Once again it took some time to further understand Turritopsis dohrnii (T. dohrnii) but today it is the only known creature in the animal kingdom with the potential for elusive immortality.

T. dohrnii starts life like any other jellyfish, as a larva, which develops from a fertilized egg. The larva, swims, then settles on the sea floor and grows into a polyp which ultimately spawns the jellyfish. In its medusa form, the tiny T. dohrnii trails scores of hairlike tentacles and is usually a translucent white color, though in cooler waters it has a bright scarlet bell. As an adult, T. dohrnii preys on plankton, fish eggs and small mollusks. And, despite its ability to restart its life cycle, most individuals become prey themselves to a variety of predators including sea turtles, sea slugs, sea anemones, fishes, penguins and even other jellyfish.

The possibility that T. dohrnii could live forever is not only compelling but also alarming when considering its invasive potential. And, indeed, T. dohrnii is traveling around the world. Believed to have originated in the Pacific, it is spreading rapidly to areas including the Atlantic coast of the United States, the Caribbean and South America. Their origins in the Mediterranean are somewhat unclear but they are certainly common, frequently seen on docks and ship hulls. And it is believed that it is ships that have carried T. dohrnii throughout the world in their ballast water. While researchers are keeping an eye on T. dohrnii invasions, so far they don’t appear to cause any significant economic or ecological harm.

How much can a simple jellyfish enlighten us in human medical treatment?

Though its increase throughout the world may be innocuous, T. dohrnii’s capacity to rejuvenate is far from mundane. Akin to a winged butterfly returning to its larval caterpillar stage, T. dohrnii is a compelling research subject, especially for its implications for medical research.

Under conditions such as environmental stress, physical attack, sickness or old age, the jellyfish may fall to the sea floor where the medusa and tentacles become a polyp over the course of only a few days. Researchers have discovered that this change takes place on a cellular level through a process called transdifferentiation.

Transdifferentiation* occurs when a cell with an assignment (a differentiated cell) takes on a completely different assignment. For example, in T. dohrnii, an epidermis cell from the medusa might become an epidermis cell for the new polyp. In humans the implications of this seem limitless.
How much can a simple jellyfish enlighten us in human medical treatment? After all, we are about as far apart as possible on the evolutionary tree. But it turns out we actually have a lot in common with jellyfish: The Human Genome Project found a remarkable amount of similarity in our protein-coding genes.

What studies say for Turritopsis dohrnii?

And in a study released from the University of Oviedo earlier this year, found more clues to T. dohrnii’s magic. T. dohrnii appears to have a superior ability to copy and repair its DNA and to better maintain the ends of chromosomes, known as telomeres. This is important because in humans and other species, telomere length has been shown to shorten with age.

But studying Turritopsis dohrnii is challenging in part due to a lack of funding for hydrozoan research. And, partly due to the ironic fact that despite their immortal status, they are hard to keep alive in the laboratory. They require diligent and constant care and only one researcher, Dr. Shin Kubota of Kyoto University, has been able to keep them alive for extended periods. His research includes one study in which a T. dohrnii colony renewed itself 10 times in a as little as one month. To bring attention to his important work, Dr. Kubota also writes and performs karaoke songs about this unique species.

Scientists are just beginning to unravel the secrets of this tiny jellyfish. It may go unnoticed as it swims through the vast oceans of our planet, but to disregard it would be a mistake. Turritopsis dohrnii may hold important clues for treating age-related diseases, or even the key to immortality itself.

*Transdifferentiation, conversion of one mature cell type into another cell type.

Do you like to read more from Rachel Endicott? She also wrote “Sea Turtles of the Mediterranean“

We use cookies on our website to give you the most relevant experience by remembering your preferences and repeat visits. By clicking “Accept”, you consent to the use of ALL the cookies.
Do not sell my personal information.
Cookie SettingsAccept
Manage consent